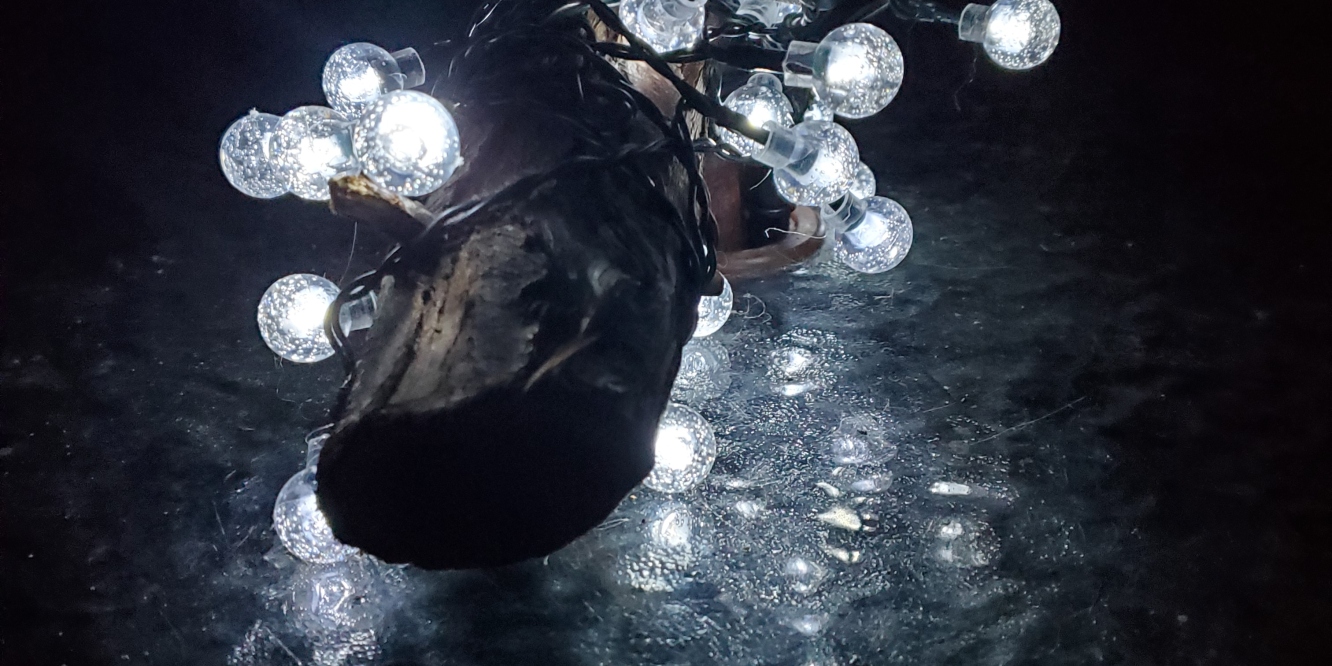 Two decades after the fall of thy mistress of magic, Yukamo has been slaving away at rebuilding the economy and produce of Crasp,  the population had skyrocketed from a measly 200 people too over 4,000 people bringing in shops, barbers, blacksmiths, inns, bars.. the lot of essentials of the advanced  capital citys ins and outs.  This enabled them to fortify and conquer neighboring villages and towns – for either tax or land which of course was their choice – – – merge or be merged. -) Just as they were drifting off, they heard four successive collisions eminating from the gates BANG BANG BANG, bringing them bolt upright then off towards their wardrobes,  for their equipment.

At the gate they commanded the militias leader to come forth to stand trial before the sacred knights of Crasp, a tall war-torn knight of Merryote came forth – declared he was the leader – – – he was obviously drunk as his speech was slurred and he walked uneasy – – –  What?? the lord scorned in duscust at his utter bafoonery. “My lord please pardon me I have made a grave mistake.. in my drunken stuper..” None of that boy you are here by sentanced to labor in the mines! Talk to Yasmek on your duties, tommorow morning 0800 be there or it’s treason. For the rest of you, I recommend you scurry at once or it’ll be treason too! – Break of dawn came, outside waited a whole army, Yelling for the lord of the tribes of Yukashi, to come down and face the Great Merryote in battle for the reasourse rich land Crasp resides on, due to the scarcity around Merryote – It has become barron and desolate to the point of mass riots in the streets and people acting mad – – – the Mistress of Prosperity strolled out on the balcony, facing the main gate just outside the throne room. “I am the mistress Yukamo of Crasp, I can help you regain your footing without bloodshed.” I will not stand for this! There is no way you can; re-hydrate our great fields, lakes, rivers.. even our veins have run dry. Though we’ve dug like ants. Yukamo jabbed her staff to the solid stone below, the army stopped hailing on about war, they simply turned about face and went home, though Yukamo has never used this spell she was not positive what the following effects would be.

The next day while they were riding their chariot through the thriving capitol they had built and acquired, a massive ball of flames emerged from Merryote’s generation old castle on the bluff. Everyone outside jumped and froze at the boom that ensued the blast, turning to look the flames billowed out where there used to be windows. What the… the lord pondered as he quickly ordered his driver to head up there immediately. When they arrived the castle was completely engulfed in flames, maids and servants stumbled out the blown down great oak doors that stood the height of giants they were sooty and some were still smoking. The high king threw on his helmet as he bolted into the burning castle, when he emerged he was carrying the unconscious Mistress just as the king of Merryote arrived. “What in thy name is going on Terash!” Belt shouted with saliva spitting everywhere and anger drawn all over his body posture, look Belt, it seems worse that it is we merely heard the explosion and arrived to help Belt… Was anyone but the mistress inside? HK butted in hastily. “No just her, the kids are with me, she was making breakfast I wonder what transpired to cuase that big of a boom.” Belt pondered. As another man emerged fakingly coughing through the smoke, he was on fire. He didn’t even notice until we all were staring in disbelief, the stranger cleared his throat: “Well that didn’t go as planned so I’ll come clean seeing I’m faced by the lord himself.. Sike hahaha, he leaped 10ft in the air engulfing the kings with fire.                            – – – unbeknownst to him the castle protects them with its aura, – – –  once his reserves were exuasted he realized he didn’t even make a dent let alone stand alone, he attempted to flee only to be turned to stone by Terash on grounds of treason – – – to use the divine castle’s magic, there must first be a cuase – – –

The stone man fell like a rock to the solid terra below – gotta love newton’s law of gravity – he busted into dust sending shock through the sheep herders camp he fell in front of. Terash offered Belt board in his castle, but he politely declined stating he had arrangements in the inn. Back at the castle the high king held a meeting with the king and mistress of thrash, he covered the recent attack and mistress of evil, then he said more pressingly that the cult of Zek which the once the king of flame once upon a time. There was 5 powerful knights and old kings: Mistress of evil, King of flames, Great Knight of worwood, Dark Knight of Seldom and the mistress of illusions. These five have wreaked havoc here in the past, they have returned now they are down to three we should be able to eradicate then with the king and his guards help. “Sounds good, I will get them ready now, your majesty.” As he left the room at a calm steady pace.

Sir Mech – I need you tending the castles magic pools tonight.. Don’t forget we may get company, keep the Fountain Guardian Pendant on at all times, “Will do – he bowed.” The king located the cults shack of sorts – – – consisting of a patchwork stick-n-thatch roof, Rough cut timbers fastened with bush twine, then mud and more thatching, – – – he approached the rickety wooden door, it ricoched as he whammed his gauntlet against it. “Who dares disturb me!,” A female voice boomed from within. It is the king of thrash it looks to me like you have back owed taxes to the city we have come to collect. A tall woman ripped open the door and stood nose to nose with the king “You have no business here this is not your land – – – she hollard then puased – – -.. wait your not here for that at all your here to collect our bounties! She growled. To their 6 a pack of wolves with bright red eyes were attacking, mistress of illusion it’s been a long long time – – – Since high board I had an affinity with her illusive nature. None of that now he shook off,- – – he landed back in middle of two packs of wolves viciosly thrashing the knights like play toys. This will be Enough! He violently thrashed the earth beneath the wolves quickly reining his emotions, “I have had quite enough Vein it’s time we just do this quick, by the power vested in me by the mighty thrashun tribe before me I revoke… Vein clocked him in the dome with a nearby boulder sending him out cold – – – he drifted off in his head to a time a yore – he and Vein had set out after school for a picnic under the giant oak trees at the back of his house. They had turkey sandwiches with fresh slices of cheese, and a delicious apple fritter for dessert. – – – Splash ice cold water was thrown over his face, he came up with a jolt looking about for Vein… and his sandwich. Only to find he was in the same room as before but the rest was in a fog, he wobbled to his feet stunned the tree didn’t protect him – only thought that came was they somehow infiltrated the fountain -. Finally he came coherent to his surroundings as the blur faded he noticed she was long gone.. if she hadn’t woke me this head injury would surely have taken my soul.

He clopped into the castle grounds laying a survey as he rode through, at the main doors they were wide open the stinging smell of musket power lingered in the air. He drew his sword from it’s sheath as he entered, he had made his way down the secret bookshelf tunnel leading to the back of the fountains. Working his way to the main entrance he found the guardian knocked out with blood seeping into the fountains pond, – – – that’s why it is no longer functioning, – – – he concluded. He spun as he heard shuffling and laughing down the storage corridor, he attempted to evade behind the wall but clanked against the stone with his metal armor, – of for cripe sakes he mumbled – as the patrol grew close on his 6 he readied his sword and spun to face them, they alerted instantly as they began to glow like lamps in the bight and charging. He drew up his sword to shield forgetting the fountain had been tainted, the trio of cultists sent him flailing off the 12ft cliff into the pond below believing they had indeed defeated Crasps mightiest warrior, truly he had only suffered minor damage to his body coming down thanks to the ponds deepness. In the ancient times when the well was a place to worship Kataliona the supposed Elder Guardian of this realm, according to ancient texts hidden map her layer lies 12ft down below the fountain into the pond, follow the old moss stone walkway towards the keyhole in the wall, Kings and above may summon a key or you must find Kataliona’s personal key dusquised with purple ooz, HK dived into the pond adjacent to the door, using his helmet seal to swim another 12.5ft to the deepest point where the key will be lodged in the long forgoted drainage grate.

HK followed the map procisley and recovered the ancient artifact, the pools have a draining affect on all who dare enter let alone twice he thought as he barley lifted himself over the 2ft lip of the walkway, he laid on the stone path as the purple liquid drained away from his armor so  he could move again. He woke an unmeasurable amount of time later to his armor completely locked up, – – – he took an oath to keep the armor on during day hours so nobody can see his real form, – – – he shook his head yelling he had no choice as freed the emergency release from its accidental use protection and flipped it, with a groan the armor busted into pieces using vibrations through the specialized alloy. He noted how it felt in the caverns in human form before getting his footing, he trudged forth with the key in hand, shakingly he rattled the key into the keyhole while he turned it a purple pulse began to fade the stone wall until the key clinked against the stone revealing a space nobody has entered in 1000s of years. He stood in awe of the paintings of history the books were based on, the purple pained articulate architecture surrounding a square pupple pool like the fountain has, a humanoid began to emerge from the pool as if it was walking up a stairwell, the ooz retreated as Kataliona fully emerged taking a deep breath, “I have been summoned?” …

Follow me on Twitter for the latest updates and extras @SDefono =) Also there is more to read if your on a binge.

Bibliophile, dreamer and artist. I pour my being into every piece, aiming to immerse my audience even for a short while into another world with gripping stories that resonate. I am far from done learning and growing, that is why I'm here to refine my craft and expand my capabilities as a writer because it is my lifeblood I wouldn't be the same without my faucet or the audience I have learned from. Thank You for any constructive criticism you may have always share it this is a community. View all posts by Sven Defono

This site uses Akismet to reduce spam. Learn how your comment data is processed.